Mr. Komisarjevsky and Mr. Hayes may you rot in hell!

A jury in New Haven, CT voted for death penalty for Joshua Komisarjevsky, 31, second convict in the brutal attack, sexual assault, and killing of a mother and her two daughters   after tying the two girls to their beds and torching their home in Cheshire, CT in 2007.

The gruesome cruelty visited upon Mrs. Jennifer Hawke-Petit and her daughters, Hayley, 17, and Michaela, 11 is so gut wrenching that one loses faith in humanity.  Perhaps, Asuras (devils, rakshasas) described in our scriptures might be of the genere of Mr. Komisarjevsky and his friend,  Steven J. Hayes, who was sentenced to death last year. 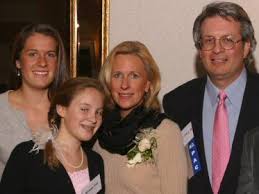 Dr.  William A. Petit Jr. , the sole survivor of the ordeal has to live with the memories of that fateful night. I pray that he gets the courage to live on and somehow find peace within.

That these monsters will pay with their lives for their unspeakable crimes is some solace. if there were ever  a case for arguing in favor of death penalty, this one is.

Mr.  Komisarjevsky and Mr. Hayes may you rot in hell!

History of the case at http://en.wikipedia.org/wiki/Cheshire,_Connecticut,_home_invasion_murders